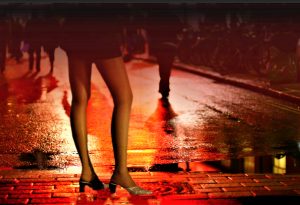 In addition to its primary work of reaching out, restoring and releasing survivors of exploitation and human-trafficking, The Domino Foundation’s Red Light’s programme has the vision to collaborate with other groups to influence South African decision-makers to act to reduce human-trafficking in our country. Red Light also aims to raise awareness of human-trafficking in a society which is largely unaware of the enormity and extent of this plague in our nation.

The Red Light programme is the KZN point-of-contact for The National Freedom Network (NFN), a group of people and organisations around South Africa working to combat human-trafficking. The aim is to connect and interact with like-minded persons and groups to exchange information, share resources and best practices, and develop professional contacts in the counter-human-trafficking field.

In 2009, a symposium was held to engage relevant high-level stakeholders on the topic of human- trafficking. Cherie Blair, patron of the international anti-trafficking organisation “Stop the Traffik” and wife of the former British Prime Minister Tony Blair, was the keynote speaker. Because the nature of the crime of human-trafficking calls for a collaborative response, an outcome of the event was the highlighting of the need for all the parties dealing the scourge of human-trafficking to co-ordinate their efforts. 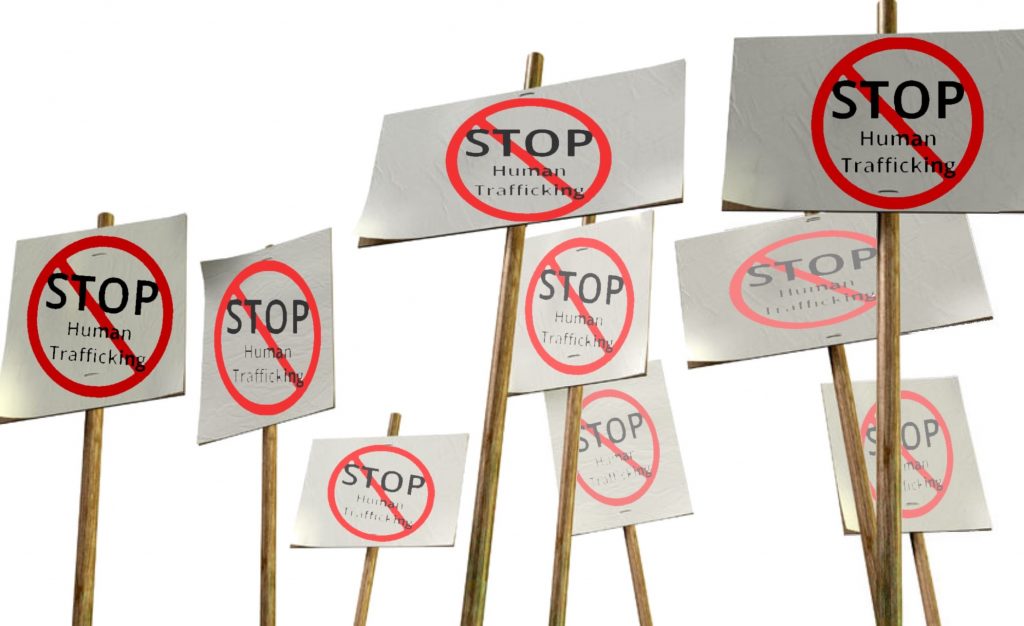 The following year, a base was established for the Network and critical areas to be addressed were identified. The National Freedom Network (NFN) was formally launched in May 2011, growing into a solid national network of anti-human-trafficking role-players across South Africa.

Curbing the scourge of human-trafficking is a critical priority of the National Prosecuting Authority. Red Light is also a part of the HHPPB (Human Trafficking, Harmful Traditional Practices, Pornography, Prostitution and Brothels) taskforce. This body was established to combat human-trafficking with local government and organisations.  In KZN, the task team has been operating since 2008 and is driven by the National Prosecuting Authority’s Sexual Offences and Community Affairs Unit. The team comprises some 35 organisations including the South African Police Service, government departments, non-government organisations and international organisations.

Twenty first century slavery in its many forms has tens of millions of people caught in its ugly tentacles. As many as 40 million men, women and children are enslaved worldwide and each year the illicit trade in human beings generates US$150 billion. Human-trafficking in South Africa ranges from sex trafficking through child labour, domestic servitude, organ smuggling, child-brides, illegal child adoptions and debt-bondage to the use of body parts for muti. Often hidden from sight, slavery is a problem which numbers among its victims millions of children.

Just as young people are brutalised by this appalling crime against humanity, young people also are making their voices heard in the fight against human trafficking. In response to the CNN Freedom Project, students around the globe joined in #MyFreedomDay on Wednesday 14 March, both to highlight modern slavery and celebrate freedom. 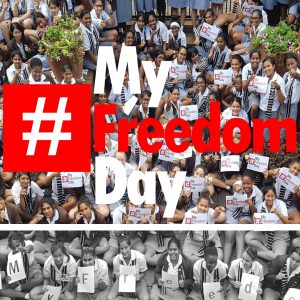 The Grade 12 students at Northlands Girls High School in Durban North came together in solidarity with the many South Africans their age and younger who are entrapped in some aspect of slavery. The school partners with a number of The Domino Foundation’s seven programmes, one of which is Red Light. It is envisaged that Red Light will partner with other schools in Durban to promote awareness of the enormity of this social ill afflicting South Africa and challenge the learners on how they can make a difference to heal this blight in our society.

If you are stirred to join the fight against modern-day slavery and human-trafficking, contact Esther at redlight@domino.org.za or want to find out more about the programme, click here.

Your ticket for the: COMBATTING SLAVERY TOGETHER