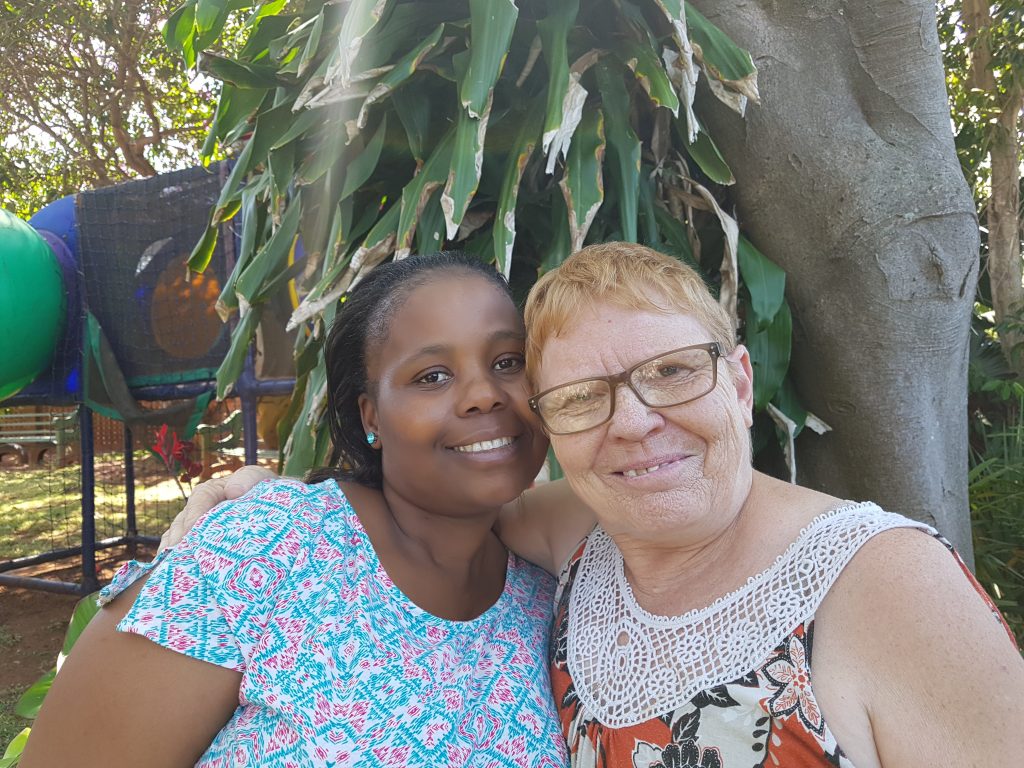 When she lived at Mashava Mine in Zimbabwe, Linda Davis had a passion to share her faith in Jesus with the children of the miners. Each weekend she would set up her Sunday School classroom in the local beer hall and read Bible stories to and sing with the little ones in the hours before the tipplers arrived. When she moved to Durban, Linda was a natural choice to become “House Mother” when Jenni Wallace, pastor’s wife at the then Church of the Good Shepherd, established the ‘Fair Havens’ babies’ home in Durban North in 2004. Since then, Linda, affectionately called “Gogo” by children and staff alike at The Domino Foundation’s Babies Homes, has seen almost 140 children placed with adoptive families locally and abroad. Together with Precious Thabete, she has nurtured and loved the abandoned and orphaned babies and toddlers who have found a safe haven under her care. Linda says, “Jesus’ words that we shouldn’t despise any of these little ones because their angels always see the face of His Father in heaven have always rung true with me. I have to respond to a child in crisis.” Linda is retiring from the position where she has so faithfully served the most vulnerable in our community for the past 14 years but knows that it won’t be long before she once again is holding babies in her arms and standing in the gap as “Gogo”. Leader of the Babies Homes programme, Sandy Hamblin said of Linda, “She has shown unfailing love to every one of the children who has passed through the homes and has been a tireless warrior in fighting to see the best outcomes for these little ones.” Linda’s leaving coincides with the closing of ‘Ububele’, one of the two homes in the Domino Foundation’s programme.  Precious Thabete, who has been a stalwart co-worker with Linda since the inception of the homes and who has been “House Mother” at “Ububele”, steps into the role of House Mother at ‘Fair Havens’. Far from this move, which sees the programme’s capacity being reduced from 12 to 6 children, being a retrogressive strep, Sandy Hamblin says that more resources will now be available to tackle the bigger advocacy issue where the challenge of bureaucracy, institutions and inadequate legal frameworks can be tackled in conjunction with groups like the National Adoption Coalition of South Africa.

Your ticket for the: FAREWELL, GOGO!