The programme is now feeding JAM porridge, soup and sandwiches into 67 schools, churches and clinics and the distribution of JAM porridge is going well in 12 new crèches in Waterloo. The two sandwich kitchens are well-supported by volunteers for the various shifts every weekday. Five new schools have been added to the programme in the Amanzimtoti area and two crèches and a primary school have asked for help. nger Day (May 28), a below-the-line meal of samp and beans was served to the community of Kingsway Church International in Amanzimtoti on Volunteers Day for R30 a tub.  This was well-received and the congregation was  enthusiastic about the whole morning.  It was very successful and the Toti Feeding programme will be  holding a soup morning at the end of July to raise more funds. The kitchen employed a kitchen co-ordinator since the start of the second quarter.

Pipe bands converge on Amanzimtoti from all over the country every year for the annual Highland Gathering. This year saw over 10 000 people came through the gates for a very loud and very festive time. The Toti kitchen had a stand at the event creating awareness of the Feeding programme with many people visiting the stand and asking questions.

A new way of doing sandwiches has been 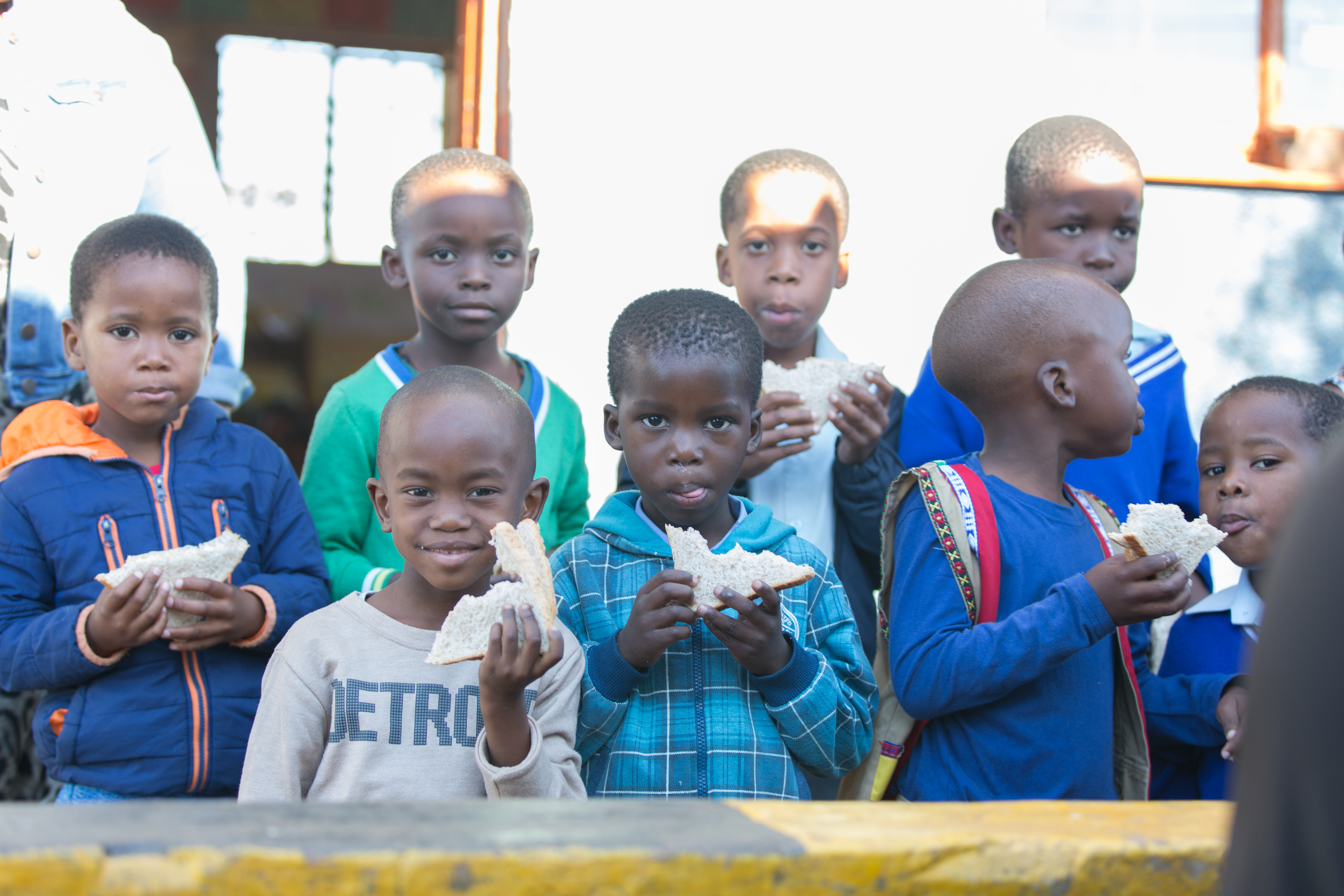 Improved and streamlined systems have been put in place and are enabling the programme to partner with many more churches, NPOs and local communities so that the programme can facilitate the work those groups are doing.

Your ticket for the: Feeding Programme Update – 2nd Quarter