It was cold and wet and the sun had scarcely made an appearance, but the Consumer Studies Kitchens at Northlands Girls’ High was bright with enthusiasm. The Grade 12 girls were deftly spreading peanut butter and Rama on mountains of bread, making sandwiches for The Domino Foundation’s Feeding programme. Every Friday morning, before school begins, another class gathers to put together about 350 sandwiches. These are then collected by the Foundation and distributed to some of the more than 70 crèches and schools around the city which benefit from the almost 98 000 meals the programme organises each month. Staff member in charge of the school’s initiative, Sonja Goris, said she was thrilled at the response of the pupils. One of them, unable to join the early-morning brigade, was determined not to miss out on being able to make a difference to someone else’s life and so made up eight loaves worth of sandwiches at home. The two Matric students who have been instrumental in getting Northlands’ Bread Buddies project off the ground, Sajel Mahadeo and Merissa Chetty, said it was very gratifying to see their fellow students embracing the opportunity to touch the lives of people who would otherwise not have something to eat during a demanding day at school. Other schools or groups interested in being part of The Domino Foundation’s Feeding programme can contact Rowan Phillips (volunteer@domino.org.za). 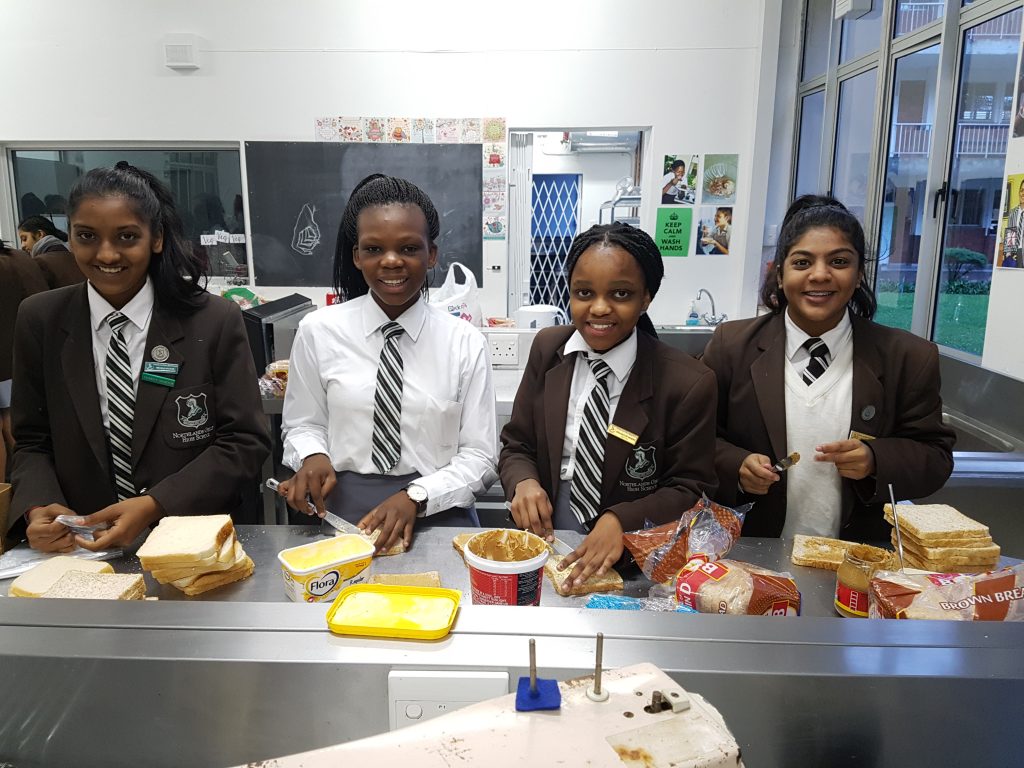 Your ticket for the: Stacks of Sandwiches