The Domino Foundation’s Red Light Programme’s purpose is to identify sex-trafficked survivors and to take them into a restoration programme. It is estimated that one million people are trafficked around the world each year, having been lured into involuntary servitude and sexual slavery. South Africa is one of the major source, transit and destination countries for trafficked women and children, Durban being one of the major routes. 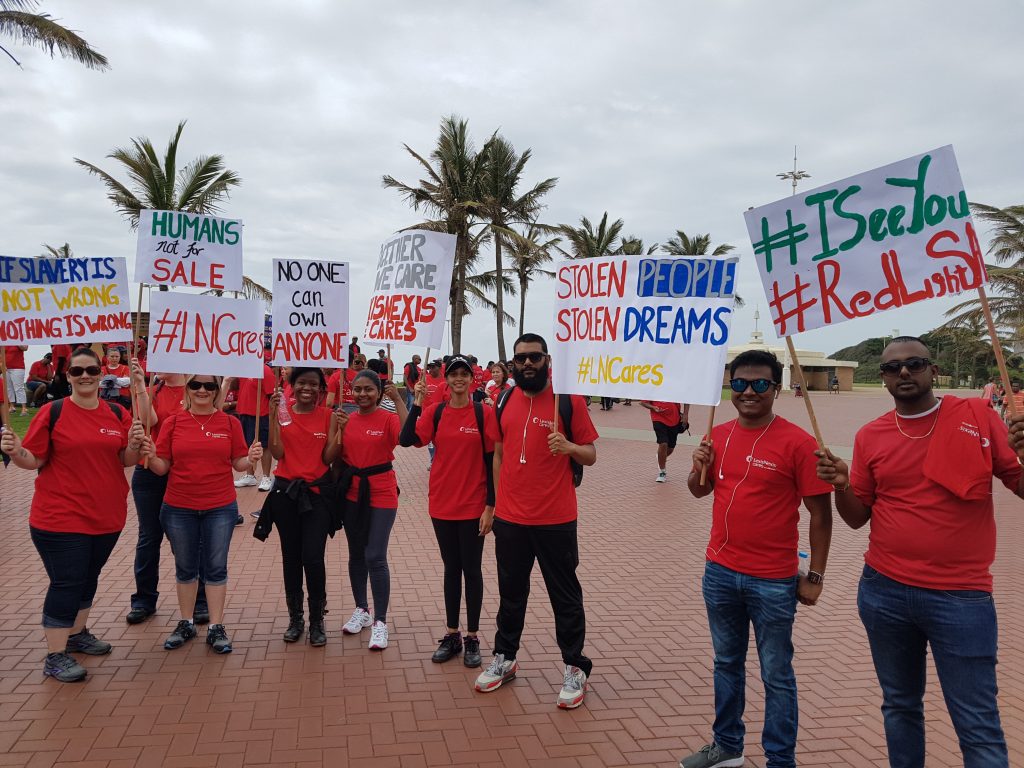 Morningside-based LexisNexis South Africa, provider of legal research, business research and risk management services, is dedicated to playing a positive role in tackling the scourge of human-trafficking in South Africa and has, for a number of years, been a supporter of Red Light’s work.

Each year, the corporation holds Cares Days around the globe when its staff volunteer their time to impact their local communities. On 20 October, the 2017 “Recognising Those Who Care” award winners, an international group from RELX Group (parent body of LexisNexis) joined some 240 local staff on a Big Walk along the beach front, in association with the Domino Foundation, to create awareness of the issue of human-trafficking. 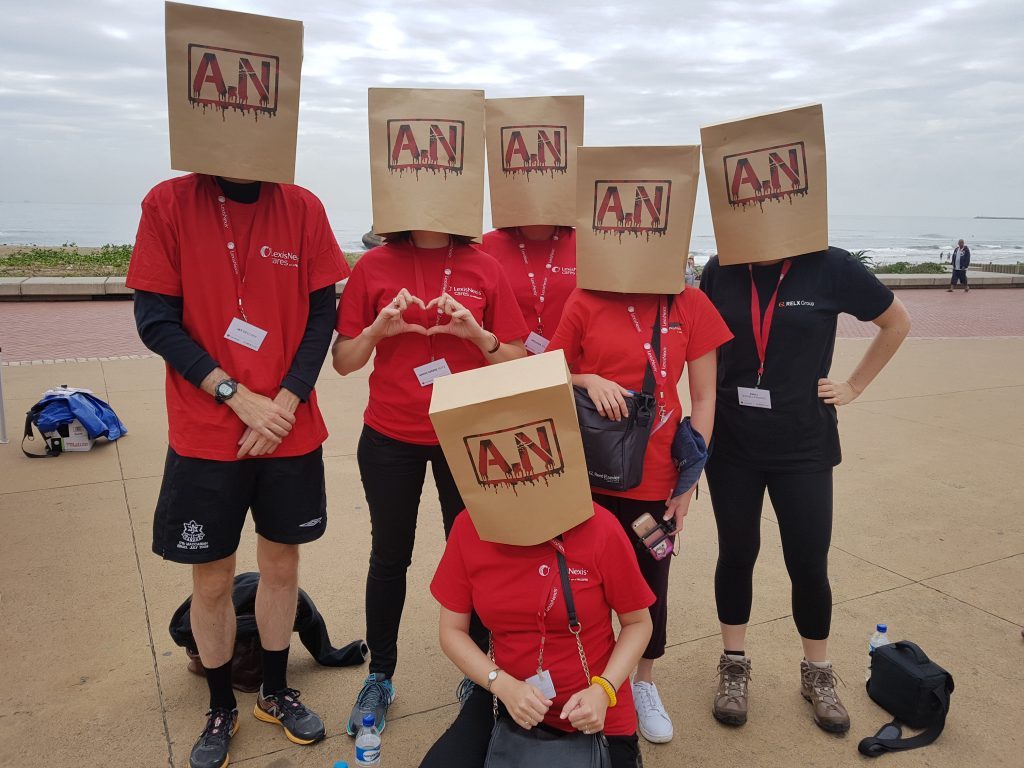 When he handed a cheque to The Domino Foundation at the walk’s conclusion, Thabo Molefe, Divisional Director of LexisNexis’ Legal Information and Compliance, spoke of the corporation’s local history of commitment to combating human-trafficking through direct financial support, awareness promotion, sponsorship of support for victims and assistance with training and education initiatives.

Your ticket for the: Walk for Life