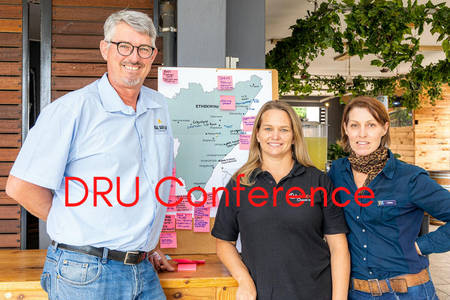 Preparing To Defeat The Giants

Cervantes’ delusional hero, Don Quixote, tilts at windmills believing they are giants. The Spanish writer may have penned his novel as a satire but was quite correct when he wrote: “Forewarned, forearmed; to be prepared is half the victory”. ‘Preparedness’ has become a buzzword among NPO’s and other organisations in the wake of emergencies in South Africa over the past few years, and, unlike Cervantes chivalrous fool’s imaginings, the looming giants are real and battle must be prepared for.

The second of three gatherings of faith-based NPOs was held at Anthem Church, Durban North, in the first week of November. The first took place in Pretoria in September and the third will be held in Jeffries Bay on 4 February 2023. The broad theme of each two-day conference is The Church Responding to Disasters.  The aim of all three is to build relationships and networks in advance of future contingencies, the mapping of the strengths each organisation brings to the collective, understanding what has been learnt over the past three years, exploring the engagement of local congregations in the mitigation and response phases in times of emergency, and how to more effectively work together in the future.

One of the Durban conference facilitators, Ian Booth of Diakonia Council of Churches, said: “We have had very real on-the-ground experience of collaboration in this province. One example is KZN Response, a loose association of five NPOs (The Domino Foundation: CityHope Disaster: Zoë-Life; the South African Red Cross in KZN and the KZN Christian Council) which have pooled their unique areas of competence in times of disaster for a number of years. We have seen how much more effective we can be when we work to each organisation’s strengths. This conference, which was focused on our Metro, looked at how to build on existing collaborations, and at strengthening, broadening and deepening them.”

For about four years, church networks around South Africa have been looking at ways to collaborate better. Taking the lead from the Respond Network in the Western Cape, which has been in existence for 12 years, city-level disaster response coalitions of Church and Christian NPOs are emerging. These bottom-up coalitions give exciting possibilities for national alignment and partnerships to emerge.

Jacques Harley, Logistics Coordinator at one of the Western Cape organisations, Heal Our Land, emphasised that the vision is, not only to be better prepared for inevitable disaster situations through forward planning and strategic cooperation, but also to work towards building ‘resilient communities’ where vulnerable people so often affected by catastrophes move significantly from being ‘victims’ to being able to respond proactively, together with outside bodies, to their own needs.

Cathy Whittle, leader of The Domino Foundation’s Disaster Relief Unit, summed up her take-away from the two days: “The question of ‘what is in your hand?’ underlay much of the discussion. The circle got wider as more people realised that they are not alone when disaster strikes, that local communities have a lot they can do to assist neighbours well before outside agencies arrive.” She spoke of the extensive Whatsapp group which has been established for quick communication, and about all participant groups having been mapped so that, instead of a lot of travelling being necessary to assess the extent of a disaster, the ball is now in local communities’ court. “Equipping and upskilling churches and local communities will be key as we ask who has vital local data? Historically, information and directives have cascaded downwards. We are now working on a bottom-up approach with local government, councilors and leaders in the communities to ensure those communities are more resilient and can take crucial action as soon as disaster hits”.

Pastor and conference participant, Sibusiso Mtakati, pastor with the Northern eThekwini Cluster of Churches, said of the two days: “We were so impressed by the selflessness of those sharing about the work that has already been done in disaster situations. We understood that they were people just like us who have deep concern for others. Together we can beat the giants!”

For details on the Jeffries Bay conference, Jacques can be contacted on jacques@unashamedlyethical.com or 021 836 4270 and Sarah on s.montgomery365@outlook.com or 0671831631 for more information on disaster preparedness in KZN. 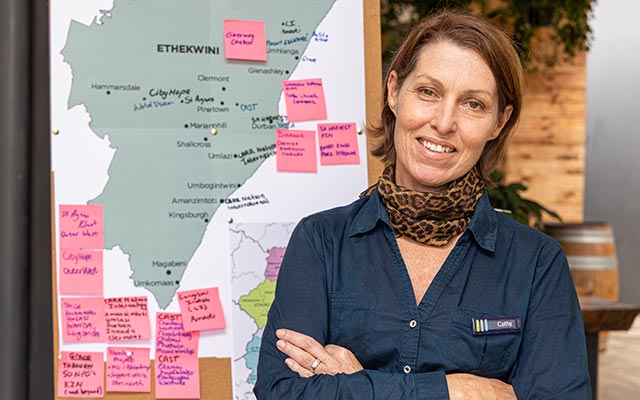 Your ticket for the: Preparing To Defeat The Giants

Preparing To Defeat The Giants